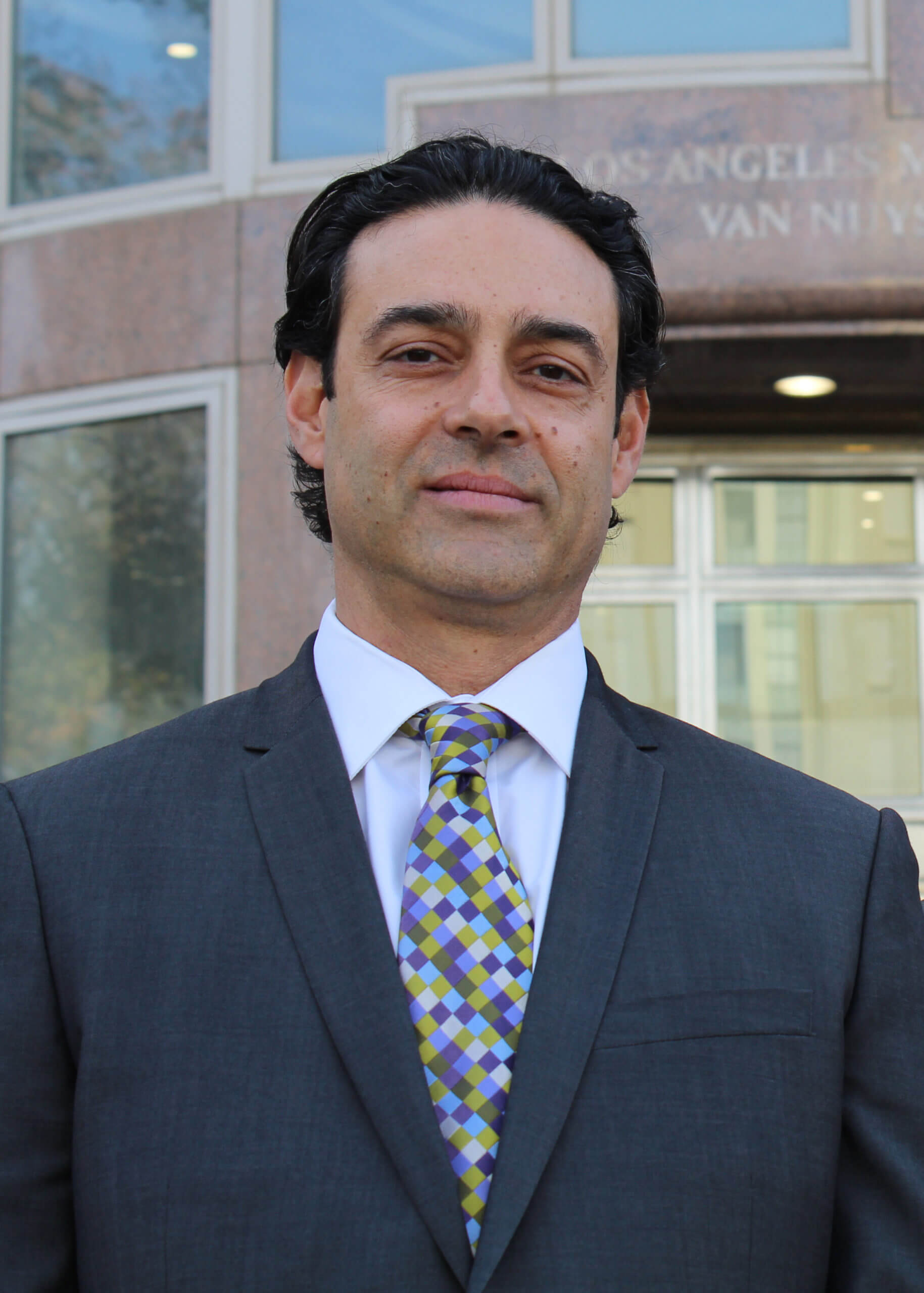 I was born and raised in the Los Angeles area, graduating from Pasadena High School.  I then went to San Diego State University, where I worked various jobs, including lifeguard, personal trainer, barback, and beach bum.  Over the course of my younger days, I have had many jobs, bookkeeper, accountant, painter, bus boy, pool man, school counselor, and ice cream sundae creator.  It wasn’t until I was almost thirty that I went to law school.  While working for a very successful business management office, something dawned on me – I needed a career that I could be proud of and believe in what I was doing.

While attending law school at University of Denver, I took a trial practice class where I conducted mock trials.  I almost immediately knew from the first time I litigated I had found my passion.  In trial advocacy, you represent much more than just a position, but an important constitutional right, that requires an incredible balance of patience, intensity, aggressiveness, and listening in order to defend at the right time. It is a talent, and one that I decided to study, and refine ever since that moment. I knew that litigation was my calling.

After graduating law school, I became a Deputy District Attorney for the County of Los Angeles. I threw myself into trials, completely committed to developing my skills. I conducted hundreds of preliminary hearings, motions, and suppression hearings, and dozens of trials, ranging from murder, rape, domestic violence, child abuse, DUI’s, and property crimes. In every case I ever handled, I chose to be as fair as possible, and therefore repeatedly punished by those who saw my version of justice and independent thought as a threat to their political agenda.  After 15 years as a Deputy District Attorney and a series of realizations fully came to fruition, it became clear that justice depended on the prosecutor you stood before; it wasn’t blind, nor objective.  Instead, there were those who saw it as black and white, and anyone charged with a crime was a bad person.  Then, there were the reasonable prosecutors, who understood that we are all people, we all make mistakes, and there is always more to any story than what an officer puts in a report.  For justice to occur, no prosecutor can blindly follow office directives, police conclusions, nor societal trends.  Instead, every case is a fingerprint, and every person charged with a crime must have his case fairly evaluated.

Nothing matters more than your liberty. When under threat, you must fight for your rights without compromise.  There is no room in a court of law for personal vendetta or agenda, yet each and every day, prosecutors enter the court without regard for you, the person behind the charges. Each and every case and defendant, deserves to be treated with respect and dignity, as a human being. You are not solely defined by the charges being brought; they are merely accusations. I choose to represent the person and break down the blinders covering the eyes of the government, so they see who you are, since there is always more to the story than simply a one-sided police report.

Today I use my many years of unparalleled perspective as a Deputy District Attorney to outmaneuver the current court system and bring the human element back into the scales of justice.